Ringworm is a general term used to describe fungal infections of the skin. Contrary to its name, ringworm is not an infection by a worm, but due to fungus that can infect and thrive on the skin. The medical term used for ringworm is “Tinea” and the condition may be further classified depending on the location of the infection. Fungal infections commonly present as round inflamed scaly patches that may spread over time. There are different clinical variations depending on the type of fungus and location of the infection. 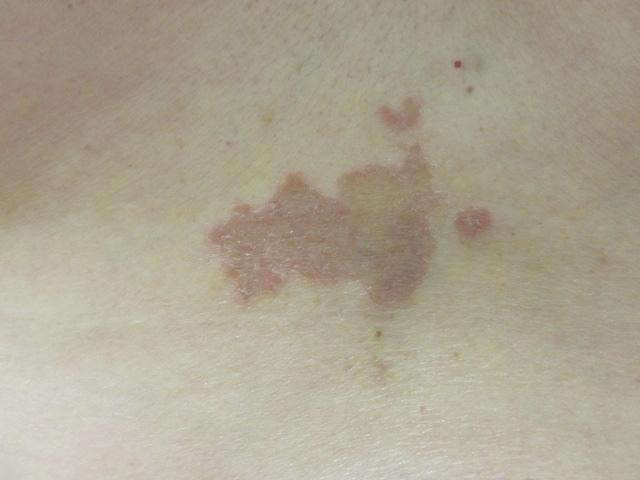 Despite the classic presentation of Tinea (ringworm) with round scaly patches, there are multiple other inflammatory conditions of the skin (nummular dermatitis, pityriasis rosea, guttate psoriasis, contact dermatitis, etc.) that can have a similar presentation. Different tests such as scraping of the skin or a biopsy may be necessary to help confirm a diagnosis. Treatment can vary from topical therapy to systemic medications depending on the type and location of your infection. Subtle involvement of the skin can often be managed by topical antifungal creams or gels. However, a severe infection of the skin or involvement of the hair and nails often need systemic therapy for complete resolution.

Depending on your skin type and symptoms, our dermatologist can help determine the appropriate treatment for you.

Office Hours
Get in touch